During the Rio 2016 Olympic Games, we were out and about all camera’d up ready to take snaps of retail and brand POS.  Unfortunately, it was like trying to find needles in haystacks so we thought we’d take a moment to reflect on what just happened and potential opportunities missed.

The fact that there were over 187 Million Tweets sent about the Rio 2016 Olympic Games is testament to the contagious high spirited engagement this year’s games generated.  The majority of the tweets were expressing admiration and joy as the whole country got behind the stellar performance of Team GB.  A great opportunity for brands and retailers to participate in the Olympic feel good factor as shoppers did visit stores to buy more food and drink in the last four weeks of the games than that time last year. Most likely due also to warm weather most retailers benefited from increase in penetration and there was a value sales increase 0.9% for the four weeks to 13 August 2016, and food did post its strongest performance in more than two years.  Even with this we still can’t help feeling that poor Olympic engagement in store meant lost sales opportunity.

Here’s an insight into what we spotted.

Emotive call to action on pack from Strongbow, to target and leverage in home consumption.  Clever association of the ‘bring it home’ messaging to trigger shoppers to join in the Olympic ‘feel good’ atmosphere.   Their large standout FSDU with ‘strike gold’ messaging triggers reassurance and brand associations of ‘best in class’ and ‘best for product performance’. 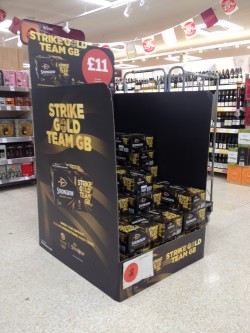 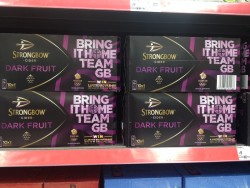 Pringles taps into the senses through Olympic Brazilian flavours.   But it was remiss not to see more brands tap into this nor made more of by the grocers.  We think about the VIP (pets) display Waitrose did a few months back, they brought together a range of brands and pet related products at the front of store.  We mention this as it serves as a simple illustration of how grocers could have made more of a Brazilian associated theme for all those eager fans. 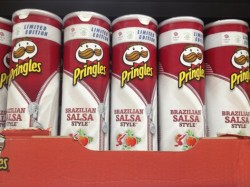 Kellogg’s on pack promotion ‘get your fitband’ contextualises health in the Olympic spirit of fitness and encourages shoppers to consider exercise as well as what they eat.  Another appropriate angle for the grocers to consider tapping in to next time around.  Their highly visible gondola end taps in the breakfast occasion and the Olympic occasion with strong messaging of ‘Great starts with Kellogg’s’ is again another example of brands making the event their own. 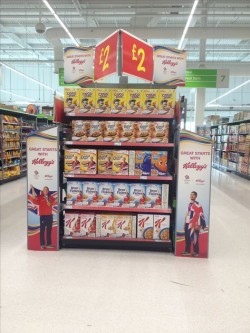 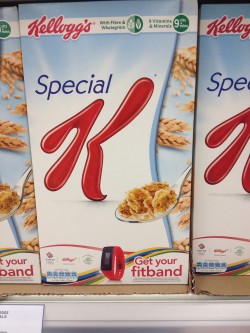 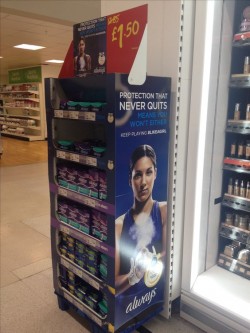 Interesting too that these are all brand examples.  It was a surprise that grocers didn’t do more themselves, choosing instead to focus on a more generic summer message.  Football events are capitalised on more and drive alcohol sales in particular but category opportunities for the Olympics goes much wider than that, furthermore our athletes are proving to be very successful, so it makes this a more reliable event to follow.  To summarise, the brands we have featured here have tapped into a breadth of opportunities:

And finally our gold medal for the cleverest bit of thinking?  Thank you Cadbury for finding a way to make Easter eggs relevant to the Olympics.  You set the bar high, just by turning a letter upside down. 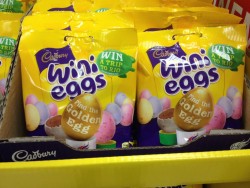